The temperance movement can be traced to the 19th century, where it was believed that economic success could be achieved with self-restraint.  An obvious obstacle to said success was alcohol, as alcohol at the time was blamed for growing poverty and crime.  As the temperance movement gained more momentum, it changed from a personal decision to organized groups against the consumption of liquor.  This change was clear in the founding of two of the more influential groups on prohibition in , The Women’s Christian Temperance Union (founded in 1874) and the Dominion Alliance for the Total Suppression of Alcohol Traffic (formed in 1875).  The Women’s Christian Temperance Union, or WCTU, had the belief that alcohol was responsible for many of society’s shortcomings, including unemployment, disease and poverty among others.  The peak of the WCTU’s achievements was prohibition, as the organization saw a decline after nationalization had been put in place.  The Dominion Alliance for the Total Suppression of Alcohol Traffic, originally named the Dominion Prohibitory Council, was the joining of hundreds of religious groups across to form one body against prohibition.  Their principles were:
The groups that form the Dominion Alliance were predominantly English and Protestant, and even discouraged Catholic and French groups.  These Catholic and French religious groups saw prohibition as an extreme type of temperance, whereas they looked to moderate the sale of alcohol through the government.  The Dominion Alliance tried to justify prohibition as a patriotic measure, campaigning this through each province during WWI.  This campaign went over well with the general public because of English Canadians patriotism flaring during the war.  The English-French divide was very evident in referendums on prohibition, as the mainly English populated provinces voted for prohibition, and the mainly French , was the sole province in to never have total prohibition.


na•tion•al•ize/ˈnaSHənəˌlīz/
Verb: 1. Transfer (a major branch of industry or commerce) from private to state ownership or control.


suf•frage/ˈsəfrij/
Noun: 1.The right to vote in political elections. 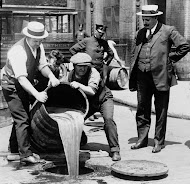 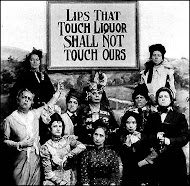